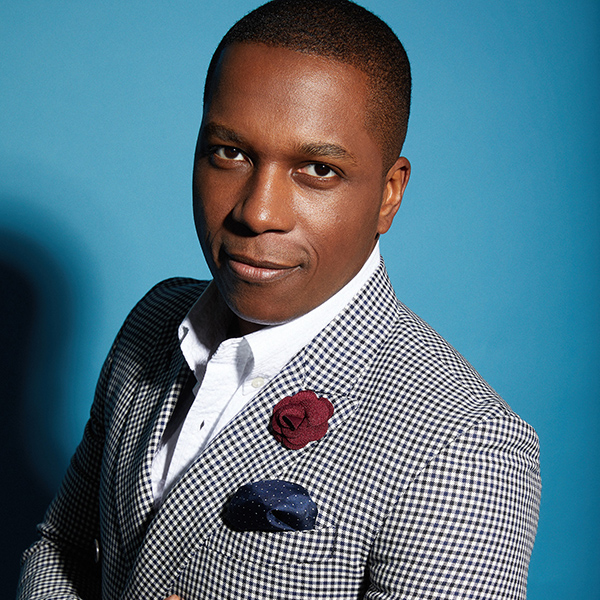 Tony and Grammy Award-winning performer, Leslie Odom Jr., has taken the entertainment world by storm across a variety of media – spanning Broadway, television, film, and music.

A Grammy Award-winning recording artist, Odom Jr.’s self-titled debut album was part-funded by a successful Kickstarter campaign and released in 2014 by Borderlight Entertainment, Inc. In June 2016, the album was re-released with additional material and charted at #1 on the Billboard Jazz chart. In winter 2017, he re-released Simply Christmas as a deluxe edition with new arrangements and new songs. The holiday album hit #1 on iTunes and Billboard Jazz charts.

Best known for his breakout role as ‘Aaron Burr’ in the smash hit Broadway musical, Hamilton, Odom Jr. received a 2015 Drama Desk Award nomination and won the Tony Award for “Best Actor in a Musical” for his performance. He also won a Grammy Award as a principal soloist on the original cast recording. He made his Broadway debut in Rent and starred in the stage adaption of Leap of Faith. Off-Broadway he appeared in Venice and the original staging of Hamilton, both at the Public Theater. He also starred opposite Lin-Manuel Miranda and Karen Olivo in a 2014 City Center Encores! revival of Jonathan Larson’s Tick, Tick ... Boom!.

On the small screen, Odom Jr. starred on the cult-classic musical drama series, Smash, created by Theresa Rebeck. He had recurring roles on NBC’s Law & Order: Special Victims Unit and CBS’ Persons of Interest and CSI: Miami and made guest appearances on such shows as The Good Wife, Gotham, and Showtime’s House of Lies.

In December 2017, Odom Jr. returned to the New York City stage in a solo concert at Jazz at Lincoln Center. The cabaret-style performance was crafted around signature songs and music that shaped this artist's journey, all performed with a world-class band in front of a live audience. The show was filmed for broadcast as an hour-long PBS special as part of the 17-time Emmy Award-winning series, Live From Lincoln Center, and premiered in April, 2018.”

This spring, Odom Jr. added the title of “Author” to his resume with the release of his book – FAILING UP: HOW TO TAKE RISKS, AIM HIGHER, and NEVER STOP LEARNING. Written in the style of a commencement speech, the book brings together what Odom Jr. has learned in life so far, tapping into universal themes of starting something new, following your passions, discovering your own potential, and surrounding yourself with the right people. FAILING UP is about unlocking your true potential and making your dreams come true even when it seems impossible.

“Even experienced people should come to Encompass training. It helps to make sure you're doing it right instead of trying to teach yourself from scratch and risk making mistakes.”